It’s a day that everyone looks forward to in all colleges and even more so at Alva’s. What started off as a normal traditional day three years ago with everyone turning out in ‘traditional clothes’ has now evolved into something totally exciting. In the beginning, as usual, each college under the Alva’s Education Foundation observed it separately. But now it encompasses all its colleges under one unifying banner. Teams consist of a mixture of students from different colleges. This makes students to interact and get to know each other. Each team represents a different region of India and unbelievably, there is also an international team.

This year’s Traditional day witnessed on 30th March 2019 with Smt. B. Jayashree, Theatre giant Padmashri awardee as a Chief Guest. 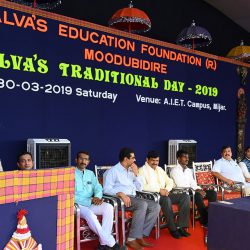 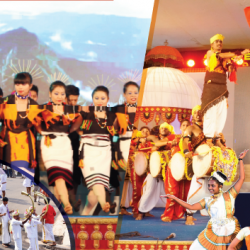