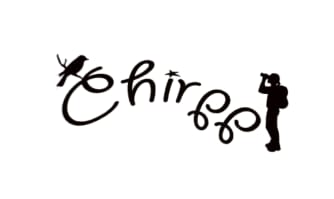 On 15th January 2022 the bird watching session was planned for the students of 1st year. The session started from the back gate of Shobavana with a briefing on how to document the birds in the field. A total of 21 students took part in the session from 4pm to 6:00 pm. Since this was the first birding session for the first‐year students, the main focus of the trail was to learn how to describe the bird. Hence the trail covered only from the back gate of Shobavana to the entrance of Harish Bhat Pakshi Vana. 14 species were described and identified using field guides by the participants.

On 16th January 2022 bird watching session was kept open for all the students between 7am to 9am. 40 students participated in the birding and documented 25 species of birds. Students again were presented with the opportunity to learn how to describe birds, using field guides and basic behavior of birds. An interesting observation was the sighting of Common Hoopoe and Grey Headed Bulbul. Though the call of the Hoopoe was regularly heard from the bird park, it was never sighted and the Grey Headed Bulbul was never heard or sighted in the campus before. This was the first‐time participants were able to sight this species within the AIET campus.

The bird watching session on 11th December 2021 was planned for the students of 3rd and 4th year. All students assembled in front of the Shobavana and began the birding session. A total of 14 students took part in the session from 4pm to 6:30 pm. 23 species were recorded during the session with 3 migratory species and one rare bird of prey (Crested Serpent Eagle). Students were able to listen to the calls and observe their behaviors as the crowd was lesser than usual. Students also learned how to use the field guides and wanted to purchase the ‘Birds of Shobavana’ book published by the chirpp club at Alva’s Education Foundation. The session concluded with the briefing on the poster making competition and all the members agreed to take part and present a poster. 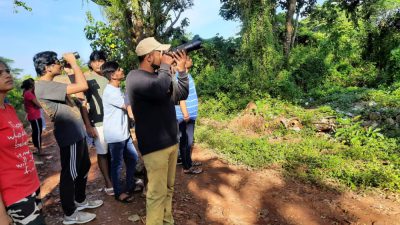 On 12th December 2021, bird watching session was conducted for the 2nd year students between 7am to 9am. 16 students participated in the birding and documented 23 species of birds. Students again were presented with the opportunity to learn using field guides and basic behavior of birds. At the end of the session, students were briefed about the poster making competition and all the participants agreed to take part in the poster making. The session concluded with the 15 students purchasing the ‘Birds of Shobavana’ book. 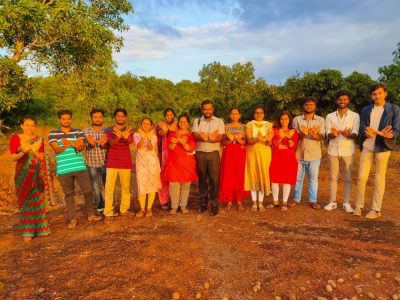 On the occasion of National Wildlife week, the Bird Shutter- A Bird Photography Competition was organized for the students of Alvas Institute of Engineering and Technology and Alvas Degree College. The students were given 2 slots to click pictures in Shobhavana Campus. Mr. Satyam Pawale won first place and Mr. Abhishek.

The members of Chirpp Club visited the Kudremukh wildlife division for the Shola Festival on 17th November 2021.

On 13th November 2021, the day began with the visit to the Harish Bhat Pakshi Vana and butterfly garden for the orientation of freshers of AIET as a part of Alva’s Agamana program. The Orientation commenced at 9:30 am near the Harish Bhat Pakshi Vana & butterfly garden. Mr. Vivek Alva welcomes the students and the resource persons for the day. He also introduced the campus highlighting the ‘Shobavana’, ‘Harish Bhat Pakshi Vana & Butterfly Garden’. The students were then divided into 3 groups. One group was handled by Dr. K from Naturopathy explaining about the Shobavana, second group by Mr. Vrijulal MV about the Harish Bhat Pakshi Vana and the third group by Mr. Chaturved Shet explaining about the Butterfly Garden. The groups were exchanged between the resource persons every 30 minutes. Students were explained on the idea behind creating these 3 areas, how it helps in conservation and how it helps them in their engineering path. They were also briefed about the Chirpp and Srishti clubs which helps them stay connected with nature while they pursue their engineering.

A meeting with the coordinators of the Chirpp club was held at 12pm in the MBA building to discuss the upcoming activities. Discussions with reference to expert talks, competitions and awareness generating activities in the short term,and exhibition and nature trail outside the campus in the long term were brainstormed. Responsibilities were assigned to each coordinator for taking lead in certain tasks of the club, including promotions and social media engagement. An orientation for another batch of freshers at AIET was held from 2:30 pm to 3:30 pm. The groups were again divided into 3 and handled at Shobavana, Harish Bhat Pakshi Vana and Butterfly Garden.

An Expert talk was organized on “The Importance Of Birding And Bird Research” on 18th of November, 2021 in AIET campus with speaker Dr. Prachi Mehta, wildlife scientist and wildlife research and conservation society. 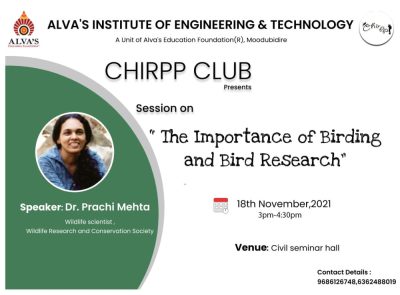 The main Motto was to create awareness among students about the importance of birding and to gain some knowledge about bird research.

Some screenshots and pictures of the session.

A bird watching session was organized at the Shobavana campus on 23rd October 2021 from 4 pm to 6:30 pm. A total of 21 students from various branches of engineering participated. The group was planned for a smaller crowd to make the bird trail effective. Only the 3rd & final year students were invited for the evening session and the 2nd years for the morning session on 24th. Students were split into 5 groups and made to observe and identify birds using the field guides. A total of 26 species were observed across the campus. 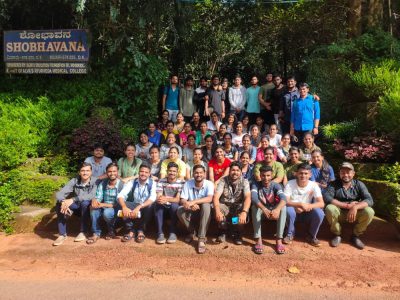 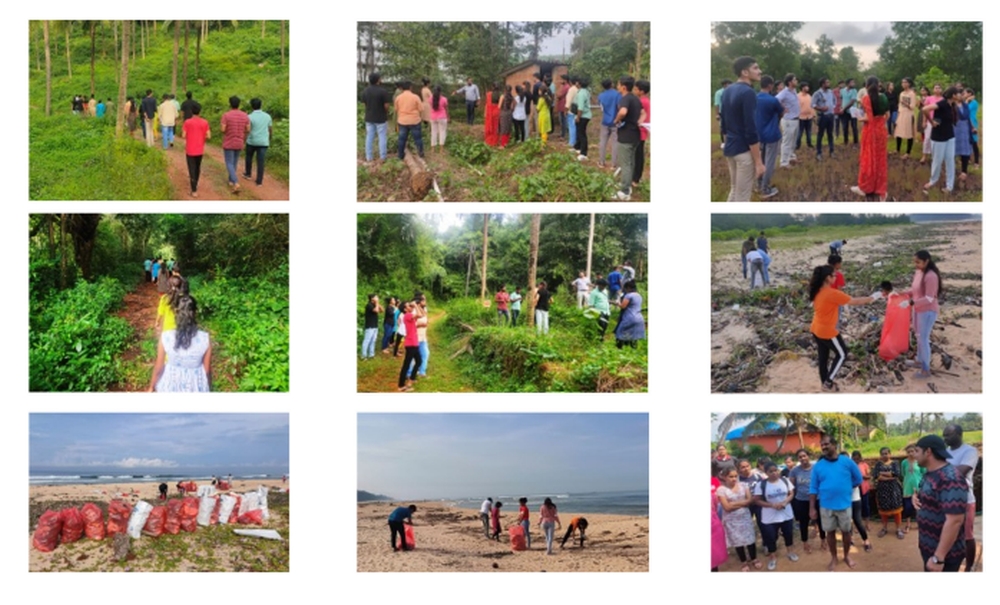 The second bird watching session was canceled and the students were taken to the Sasihitlu Beach cleaning activity on the 24th October, 2021. All the students gathered in front of Shobavana by 5 am and reached the beach by 6am. A total of 60 students from various streams of engineering belonging to Srishti and Chirpp club took part in the cleaning activity. Students were divided into 4 teams with 15 students in each team. Each team were further divided into 3 teams and were assigned to collect (a) glass, (b) rubber & foam, (c)plastic materials respectively in separate bags. The collection of garbage went on till 9:30 am and a total of 30 bags of glass, 44 bags of rubber & foam and 28 bags of plastic waste was collected. Mr. Vivek Alva briefed the participants on the importance of an estuary and their ecological services and the threats about waste in our rivers and seas and their negative implications on human health. Mr. Guru from Mantra Surf club briefly explained to the participants about the Surfing club and their concern about the sea and the threats it is facing. He also expressed his happiness for the continuous support provided by the Alva’s Education Foundation in cleaning the beach and many other environmental activities. The activity concluded after a group photo and breakfast arranged by the Mantra Surf Club. The visit concluded with a meeting with Mr. Vivek Alva on the plan to execute the projects at the bird and butterfly park and along with the previous month’s agenda, publishing some data was added on.

For the year 2021 the Chirpp club of AIET organized its first bird watch at AIET Shobhavana Campus on 18th and 19th of September, 2021 under the mentorship of resource person and also the advisor for the Chirpp club at AIET, Mr. Vrijulal MV, CEE, Bangalore and Mr. Chaturved Shet. To experience the beauty of bird watch and to gain some knowledge about different types of birds and their habitat, the main Motto was to create averseness about the role of birds in day to day life.

The day one of bird watching started around 4PM on the 18th of September; the resource persons briefed us about basics of bird watching and guided students to identify and brief about birds present on campus.(like Jungle babbler, Golden fronted leaf bird, Black kite etc…). And brief discussion on listed out birds discovered on that day.

Day two started early in the morning at 6:30am on 19th of September; the same was repeated with new spots on campus and with discoveries of new birds. At the end of day two all students compared birds list of day one and day two and had a brief discussion on it.

Some Screenshots and Snapshots of the birdwatch.

The first session of 2021, from the Chirpp Club of AIET organized was an orientation program “Aves- an insight into the world of birds and bird watching” in order to give the students an introduction on the family of birds. The program was held on 28th of August 2021 by the resource person and also the advisor for the Chirpp club at AIET Mr. Vrijulal MV, CEE Bangalore. Most students were new to the club and understanding the need to give them a basic introduction to the world of birds. About 31 students who were new to the club attended the session where the concepts of bird evolution, their morphology, some of the behavioral aspects like feeding, nesting, courtship, migration etc., were covered. Some interesting concepts involved in bird observation in the field and their identification was briefed.