The speakers were Mr. Jacob D Souza , Asst Director Govt. of India, Ministry of textiles, O/o Development Commissioner Handicrafts Marketing & Service Extension Centre Thrissur Kerala, Mr. Naglingapa S Pattar, Professor at Mahalasa College of Arts & Mr. Rajesh Naik, a model agriculturalist & a leading name in Social Service
Students who had Interests in the Field of Agriculture & Handicrafts were identified by a feedback which was received from the EDC members & were made to attend the talk organised by Pranava Souharda Sahkari Sangha.
The talk was held on 15/11/16 with Mr. Jacob D Souza starting off; he emphasized the need of Entrepreneurs for the development of the country & gave a brief Insight about Small Scale Industries (SSIs). 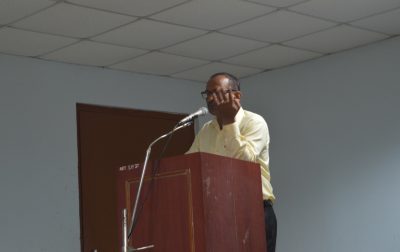 Next to speak was Mr. Nagalingappa S Pattar, he gave complete information about the Handicrafts Industry he also shared his personal story of how he helped his wife to be a successful women entrepreneur in the field of handicrafts manufacture&also revealed that his wife’s earnings were more than that of him Mr Pattar kept a constant touch with audience with his sense of humour. 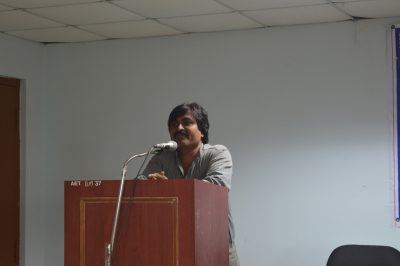 The very next talk was that of Mr. Rajesh Naik for whom students had eagerly waited with his motivating speech he never let the audience down & gave continuous motivation throughout his speech, he specified the the need for organic farming in the country & how one could make huge profits by practising organic farming he also gave an invitation to all the students to visit his Agricultural Farm to which students obliged. 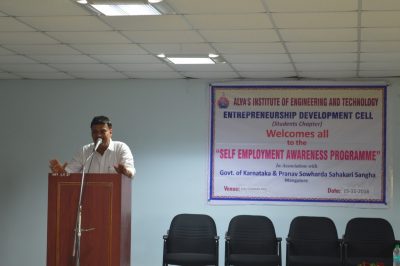 Overall the event was a successful one with students posing questions which were relevant to the guests. The talk was concluded by thanking all the guests present & by giving away mementos by Dr. Peter Fernandes,Principal, AIET. 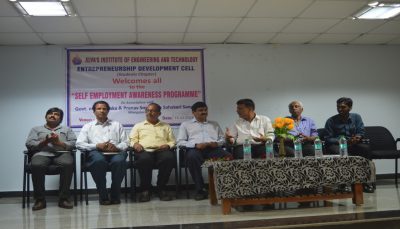 REPORT OF TALK ON ENTREPRENEURSHIP DEVELOPMENT

Mr. Dikshith Rai Founder & CEO Code Craft Technologies Pvt. Ltd. was invited by the EDC on behalf of the college on 14/03/2017 in order to deliver a lecture on “Entrepreneurship Development” dignitaries who made their presence felt where Mr. Vivek Alva and Prof. Sanjay S and Prof. Vinoth.

The charisma could be felt as Mr. Dikshith Rai walked into the auditorium his confidence and the way he held himself up spoke volumes of the character which he possessed, he started of by sharing his days in college which helped him a lot and the lessons he learnt during the hard days of his college he also shared his experience on how he built his company from scratch to new heights, he motivated the students present at the talk & raised the atmosphere to a whole new level. He also had some tips to offer to the students in order to become a successful entrepreneur.

Mr. Vivek Alva had many issues which he took up with Mr. Dikshith Rai and he was so impressed by the quality of work which the Code Craft had carried out in the resent past that he went on saying that he was the Bill Gates of Mangaluru to which the crowd acknowledged by clapping.

The talk was assumed to be over when Mr. Dikshith Rai took all the question thrown at him and answered them with his knowledge and experience, he was presented with a memento as a token of respect and love.

REPORT ON SELF EMPLOYMENT AWARENESS PROGRAMME

The talk started at 10:00 am on 17/10/2016 with the address of Mr. G.K. Prasad, he specified about the importance of self-employment & how India is struggling with lack of jobs in the agriculture sector, he spoke about the advantages of becoming an entrepreneur & how Government will help the upcoming start-ups in India. 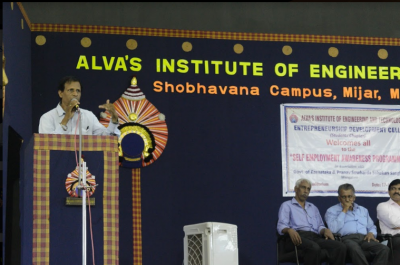 Mr G.K. Prasad’s talk was followed by the talk of Mr. Socrates, he being the Deputy Director of MSME, Mangalore specified on how MSME helps to fund start-ups & registrations of MSME, one of the aims of MSME was to build Business Incubators so the start-ups can flourish from colleges. 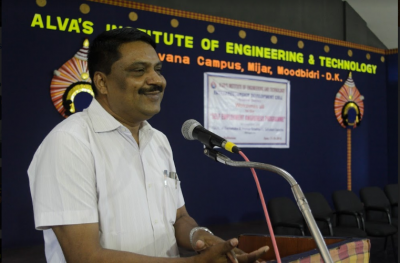 One talk which was noteworthy was that of Mr. Ramakrishna Achar who spoke about his life story & how he built his company from scratch to new heights, he motivated the students present at the talk & raised the atmosphere to a whole new level. 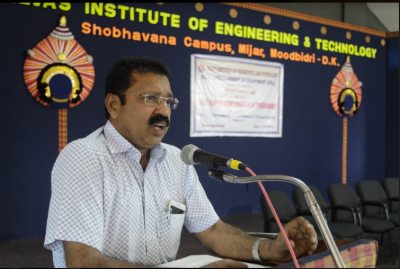 The event was concluded by giving away momentous to all the guests by Prof. Sanjay S, EDC Co-ordinator, AIET.

THE INAUGURAL TALK ON ENTREPRENEURSHIP

REPORT OF THE INAUGURAL TALK ON ENTREPRENEURSHIP

EDC was setup in the college in order to :

In order to attain the objectives of Entrepreneurship Development Cell (EDC) it was necessary for a successful entrepreneur to motivate students to take up Entrepreneurship as their profession & throw some light on it to make students of the college self-employed.

EDC was inaugurated on 01/10/2016, Saturday by Mr. A Nataraajan, Managing Director, Bodh Technologies Pvt. Ltd. Bangalore, by lighting the lamp which is a symbol of progress in the presence of Mr. Vivek Alva, Dr. Peter Fernandes, Mr. Somasundar, Prof. Sanjay S. 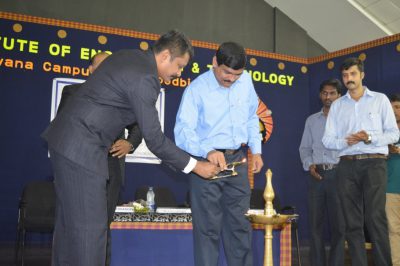 Principal Dr Peter Fernandes emphasised on the need for a strong & effective Entrepreneurship Development Cell (EDC) in the college in order to bring about a change in the mind-set of the students to pursue Entrepreneurship. 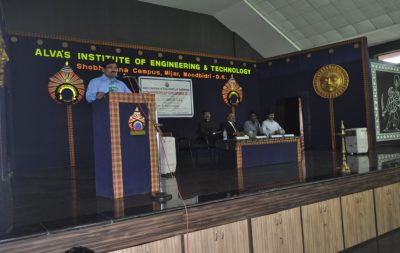 Session was taken over by Mr. A Nataraajan & the following topics were covered in the Inaugural talk :

The whole session was an interactive session with students asking relevant questions to Mr .A Nataraajan which showed the interest students possessed about Entrepreneurship & their eagerness to become one.

At the end Mr. Vivek Alva urged the students to take up Entrepreneurship seriously as the country required Entrepreneurs in order to achieve a fast growth, he also stressed on conduction of various Entrepreneurial activities in the college under the banner of EDC in order to imbibe competitive spirit among students. 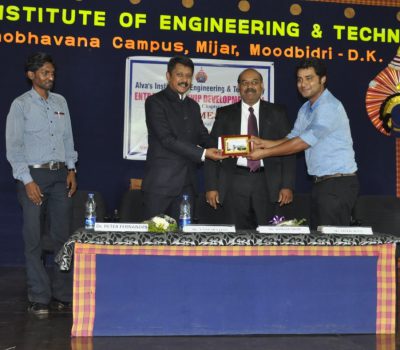 The Inaugural Talk was concluded by giving away mementos as a token of love. 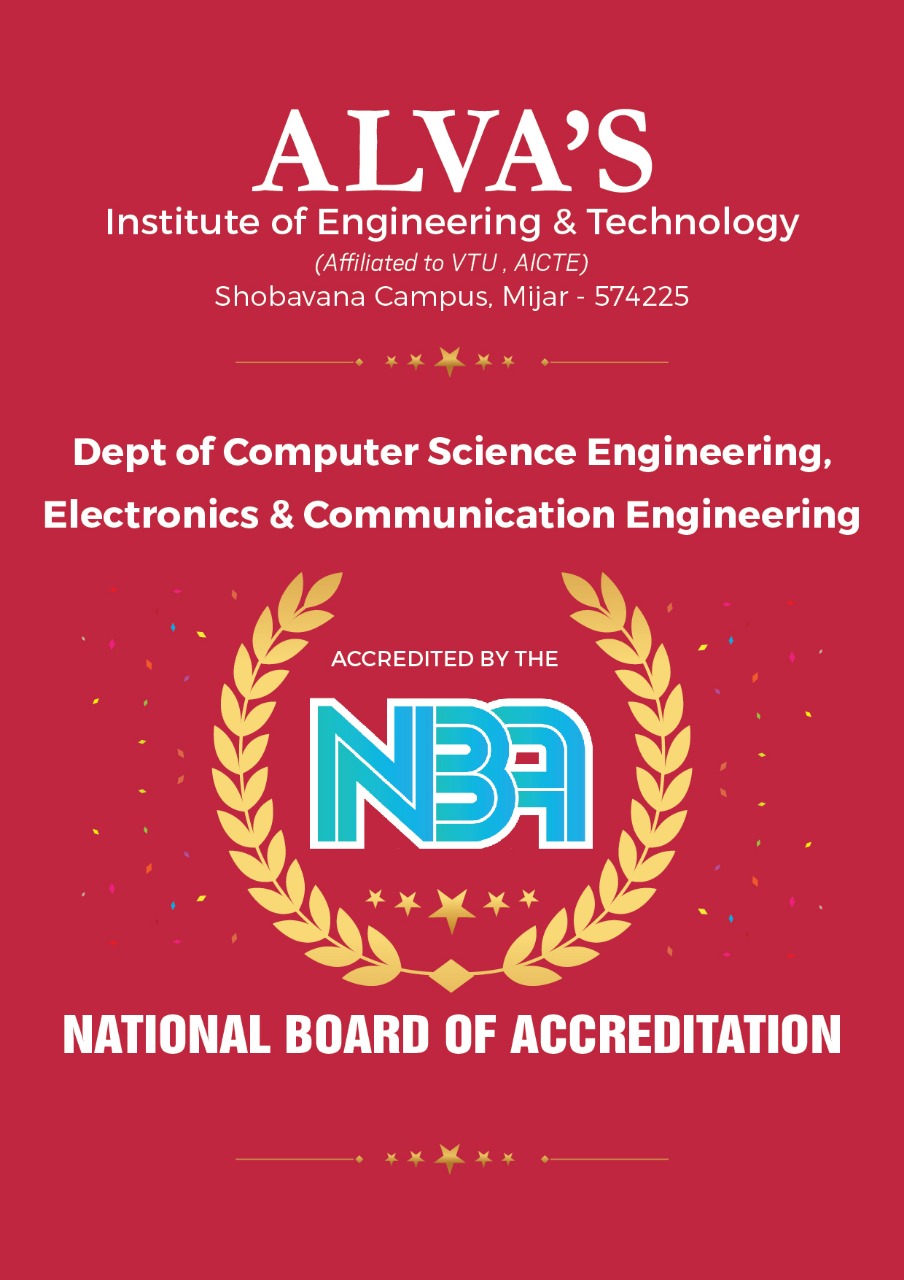